Any questions about our inventory? We're here to help.

I agree to receive text messages from North Pointe Auto Group representatives and understand that no consent to texting is required for purchase of products or services.

Text sent to
We will answer you immediately 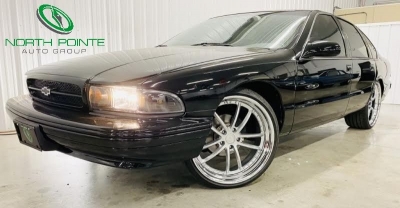 Price
Call for Pricing.
Schedule a Test-drive Contact Us
Get pre-approved
Click Here
Value Your Car PRINT FLYER
Save

Named after the roe deer, the Capriolo marque emerged in 1948 from the ashes of the giant Caproni group, formerly one of Italy's largest manufacturing concerns. Caproni had been founded in the first decade of the 20th Century as an aircraft manufacturer, and only turned to motorcycle production after WW2. The firm commenced with a 50cc ultra-lightweight before swiftly moving on to a 75cc model, the Capriolo 75, which was notable for its use of a pressed-style frame and an unusual four-stroke engine of the overhead 'face cam' type, which also featured a longitudinal (rather than transverse) crankshaft. Sports versions won their class in the 1954 Milan-Taranto and 1955 Giro Motociclistico d'Italia. At the Milan Show in November 1953, Capriolo launched the 'Cento 50', one of the very few Italian motorcycles to be powered by a BMW-style horizontally opposed engine. This was followed, in 1955, by the more conventional Capriolo 125, which featured a single-cylinder overhead-camshaft engine, the 'face cam' type having been temporarily dropped. When engineer Giovanni Caproni died in 1957, the company was reorganised and adopted the 'Aeromere' name, a shortened form of Aero Meccanica Regionale. Its motorcycles continued to be badged as 'Capriolo' until production ceased in 1963.
A type rarely seen in the USA, this charming Capriolo Sport has been part of a discerning collection of cars and motorcycles. Formerly part of the famed Jack Silverman collection, the bike has been on stat

This Lincoln is a true survivor. It was part of a package deal we picked up in Michigan. 1 of 3 we b ...

You have no vehicle saved.